Alright so this time was a little bit better. I learned to use the regulator so the air pressure wasn’t quite so bad. I also played around a little with her ears for a future face up on Fray (I’d really like the tips of his ears to be black). So without further ado, here’s LR with her new look: 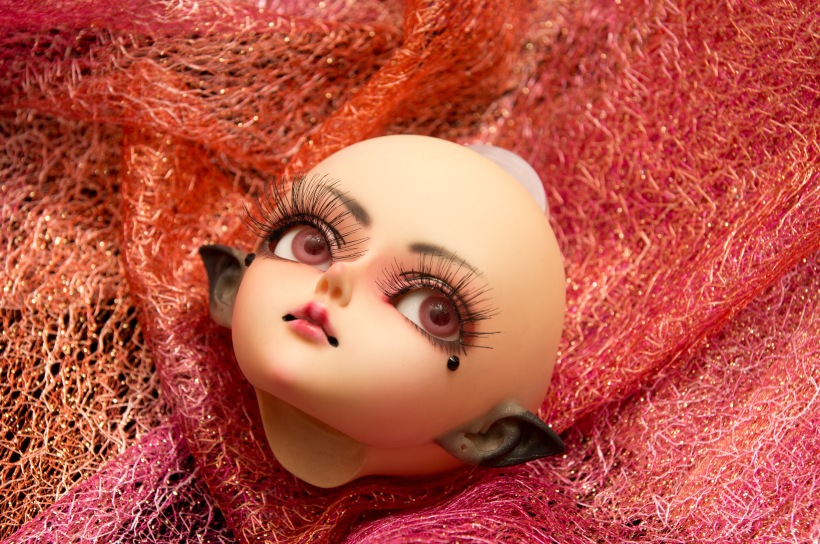 Now, I didn’t use the airbrush for all the shading. It was pretty much just the base, and the rest was pastels. as I get a little bolder I’m sure I’ll use it for more, but the thing that frustrates me the most right now is that I can’t seem to get the eyelashes down.

They just don’t have that same look. I’m gonna take it to DoA to see if anyone can put out some recommendations/critiques. Next up: Atticus will get a new look. He’ll be my first actual doll to go under the airbrush. 😀

2 thoughts on “Airbrush 2: The Brushening”